In 2016, King County made significant progress on the 16 miles of new trail it’s contributing to the emerging Eastside Rail Corridor, which will connect communities from Renton to Woodinville with a world-class, uninterrupted multipurpose trail system.

In January, King County Executive Dow Constantine pulled the ceremonial first spike from an obsolete railroad, kicking off construction of a multipurpose recreational trail on the north end of the corridor. A day later, nearly 200 community members attended a summit on how the corridor will spark economic development and urban redevelopment along the Eastside.

King County Parks released the draft master plan and Environmental Impact Statement for ERC Regional Trail in February and hosted a series of open houses in each segment of the corridor to collect public input.  The final master plan and EIS were released in July.

The Wilburton Trestle is expected to be the icon of the emerging Eastside Rail Corridor, a 16-mile regional trail stretching from Renton to Woodinville with a spur to Redmond. 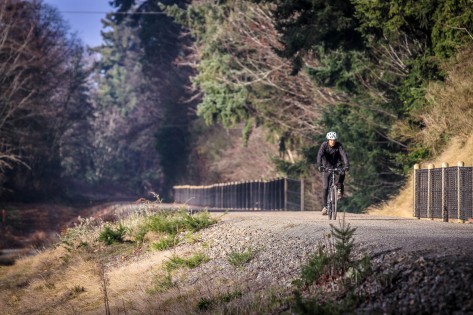 The trail would become part of the everday experience for thousands of King County residents for commute trips, trips from home and school, trips to the store, and for recreation.

In January, King County Executive Dow Constantine pulled the ceremonial first spike from an obsolete railroad, kicking off construction of a multipurpose recreational trail on the north end of the corridor.

Enlivening Wilburton: Trailside Cafe, was a pop-up outdoor cafe where rails become a trail and for one evening a rail corridor was transformed into a lively community gathering place, setting the vision for this as a future location of an iconic community space.

Executive Constantine announced that King County has assembled significant funds needed to repurpose the historic Wilburton Trestle in Bellevue into an elevated trail that provides spectacular views of the Eastside skyline.

In October, Executive Constantine was joined by Gov. Jay Inslee and other elected and community leaders to announce an additional $10 million in funding that will help convert the iconic Wilburton Trestle into a scenic, elevated trail that will be enjoyed by commuters, cyclists, runners and pedestrians beginning in 2020.

At an evening event with live music in early November, residents got a preview of what vibrant public spaces will look like along the corridor, including where the Eastside Rail Corridor regional trail intersects with Bellevue’s Grand Connection.

King County and its partners will build on the progress they made in 2016 as they knit together the 42-mile multipurpose trail along the spine of the Eastside.

Want to see one of the most exciting and iconic segments of the trail? Check out this bird’s eye view of the historic Wilburton Trestle: