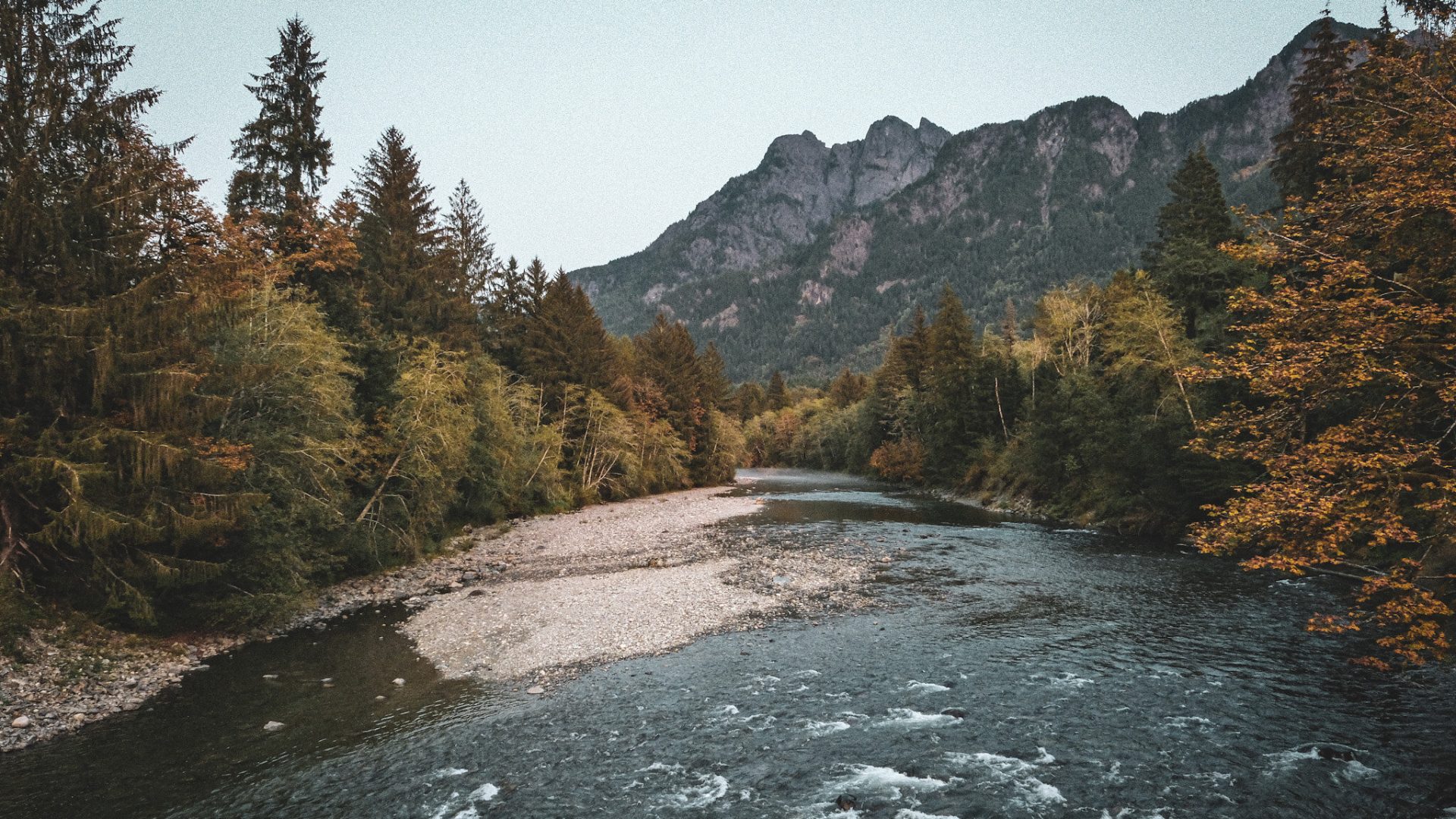 As temperatures spiked above 100 degrees last month, many Pacific Northwest residents struggled to keep cool, seeking respite in the water or in air-conditioned spaces such as cooling centers. For farmers across King County, these extreme temperatures presented additional challenges of working safely outdoors and protecting vulnerable livestock and crops.

As extreme heat events become more common in the Pacific Northwest, farms will face continued weather-related emergencies. The Local Food Initiative, in partnership with the King County Department of Natural Resources and Parks and the King County Agriculture Commission, organized this list of recommendations and resources to help farmers prepare for stressful summer conditions like heat, drought, and wildfires.

At the end of last month, 82% of King County was experiencing abnormally dry conditions, setting the stage for a summer of potential fires and smoke. A state of emergency has already been declared statewide recognizing this risk and establishing precautions such as a prohibition on most outdoor burning. Patrice Barrentine, Agriculture Policy and Economic Development Specialist at King County, believes that discussing drought and smoke precautions should become regular business for King County farmers.

“With wildfire smoke conditions like we experienced last year and are likely to experience this year, we need to make sure that all farm employees are safe and are not inhaling the dangerous wildfire smoke,” she said. “We were caught largely unprepared in the past, and now very quickly, in two to three years’ time, wildfire smoke is becoming a regular phenomenon.”

The effects of climate change – such as smoke and heat – are not experienced equitably. King County recently released the results of a heat mapping project, revealing that areas with more industrialization and less tree canopy – such as south King County – remain up to 20 degrees hotter in the evenings than areas with more natural landscapes. Residents in these warmer neighborhoods are at greater risk for health problems related to the heat, and farmers in these areas have fewer timeframes in which to work safely outdoors.

Lara Whitely Binder, King County Climate Preparedness Program Manager, says, “Climate change affects many aspects of farming, from what farmers produce to how they produce it and what prices they get for farm output. While the agricultural sector is already accustomed to dealing with a wide range of variability, the challenges – and opportunities – that climate change brings to the agricultural sector may require adapting farm practices to prepare for and adapt to those changes.”

“A lot of unknowns are coming,” Patrice said. “As precipitation changes, that affects everything from when folks need to irrigate, to access to water. New plant pathogens will start appearing, as well as pests and disease, so there are a lot of conditions that will change as our climate becomes closer to Santa Cruz’s climate by the end of this century.”

In the face of last month’s extraordinary heatwave, many farmers had to quickly change strategies to manage their farms safely.

“With the extreme heat, we saw plants, flowers, berries, and vegetables being scorched,” Patrice said. “We saw animals under duress producing less milk or needing a few days to recover because of the increased heat. We also know labor was greatly affected – people working in extreme temperatures outdoors.”

Patrice says that one of the most common strategies that farmers used last month to protect their employees was working irregular hours. Some started extremely early in order to finish as much of their work as possible by mid-morning, and other farmhands did not head outdoors until the evening, but worked overnight, staying in the fields until the early hours of the morning, performing tasks such as stacking hay or picking crops.

When asked what extreme summer conditions mean for the local food system in King County, Patrice says, “It means farmers are having to work even harder at producing food and flowers and getting them to consumers.”

As the summer goes on, we encourage farmers to follow these recommendations for four of the most important ways to prepare your farm:

The USDA’s Farm Service Agency (FSA) is the agency responsible for distributing disaster assistance funds to affected farms when a natural disaster is declared. But in order to receive funds, farmers have to register with the FSA prior to the emergency. Patrice said King County farmers are largely unregistered, putting them at risk for not receiving the funds they need to recover after a disaster.

“Registering is an easy process,” she said. “By calling the local FSA office in Lake Stevens, folks can register their farms. This can be done anytime throughout the year but needs to be done before that natural disaster….so that farmers can access those resources to rebuild and to supplant their losses.”

Another way farmers can prepare is by documenting extreme temperatures on a calendar and taking pictures of any losses they experience as a result of these summer conditions. These actions can help build the case for declaring an emergency and provide supporting evidence for receiving disaster funds.

Patrice also recommends that farmers consider getting Whole-Farm Revenue Protection (WFRP) insurance through the USDA to further protect their bottom line. Because it is federally subsidized, WFRP has lower premiums than private providers, and it is designed for small, diversified farms that sell directly to consumers or through wholesale channels.

2. Prepare your property for wildfire safety

Another important step for farmers to take this summer is prepare your farmland and home against fires. King Conservation District reports that 90% of fires in western Washington are human caused. Farmers can track wildfire conditions and containment levels through the Northwest Interagency Coordination Center’s online map. In addition to adhering to burn ban regulations, the agency recommends creating a defensible space around your home and farm structures.

Within a 5-foot radius of your home and barns, potential fire fuel sources should be removed, such as chopped firewood, dried leaves on the roof, and tree branches that hang over the structure. Around your farmland, especially near tree-lined areas, clearing surface fuels from the ground, like dried brush, can prevent fires from reaching the crowns of trees and spreading rapidly.

Matthew Axe, Wildfire and Forest Resiliency Coordinator for the King Conservation District, can provide wildfire safety inspections of farms in order to give personalized guidance on how to best protect your land.

“Wildfires are a rising concern in western Washington, and we have to prepare because it’s not if – it’s when – a wildfire will happen,” he said. “They aren’t just a forest management issue, but a farmland issue, too, and a well-prepared farm gives you more time to protect and evacuate yourself and your animals.”

3. Have KN95 or N95 masks for yourself and anyone working on your farm

At the most recent Agriculture Commission meeting, Addison Houston from Public Health – Seattle & King County discussed the harmful health effects of wildfire smoke. While those with pre-existing conditions – including those who have or previously had COVID-19 – are known to be especially vulnerable to the impact of smoke, Addison said that growing evidence exists about its dangers even for the young and healthy.

In the event that smoke causes air quality to deteriorate to an Air Quality Index level of 69, the Department of Labor and Industries will likely require that outdoor workers have access to N95 or KN95 masks provided by their employer. Employers will also need to establish a written plan addressing their workers’ safety. Farmers can track current wildfire smoke conditions on the Puget Sound Clean Air Agency’s website, or visit the Washington Smoke Blog for forecasts. Clean air rooms where employees can safely remove their masks is another strategy that employees can use, Patrice notes.

“With smoke, it’s even more complicated to manage a farm [than with extreme temperatures] because you really can’t get away from it,” Patrice said. “These are new times for us, so folks really need to start preparing and thinking about what they will do on their farm, at their farm store, or at their market locations to help protect their employees from the harmful wildfire smoke.”

Farmers should also reference the Department of Labor and Industries’ recent rules for caring for employees during extreme heat. Temperature guidelines with corresponding requirements are outlined for an easy to follow checklist.

4. Make a smoke and fire plan for your animals

In addition to knowing emergency evacuation routes for employees, farmers should make a plan now for caring for their animals in the event of smoke or fire.

The American Veterinary Medical Association recommends knowing the symptoms of smoke sickness in animals, which can include lack of appetite and disorientation. In poor air quality situations, livestock’s exercise should be limited, and even after the air returns to normal, their activity should be postponed, allowing them time to recuperate.

To prepare for a wildfire situation, livestock farmers should create an inventory of their animals and keep it near an evacuation kit. This kit should include seven to 10 days of their food, any medications, and proof of ownership. If you don’t have enough trailers to easily transport all of your animals, make a plan to borrow or share trailers with neighbors.

Patrice hopes that taking these steps will help farmers feel more prepared for whatever the summer weather brings.

“With the smoke last year, during the pandemic, and some of the heatwaves…it feels like a lot of farms have been in emergency mode for a long time,” she said. “We know it’s been a long year and half, and hopefully these measures will help farmers prepare long term and put some of these emergency plans into place, so that it will be easier in the event of more extreme weather or wildfire smoke.”